We live and work in a fast paced world where our laptops take a lot of abuse. Regardless of how gentle we try to be, it’s inevitable that sooner or later our notebooks will get dropped, spilled on and worse.

At CompuPoint our experienced technicians evaluate, diagnose and repair laptops whether they are running slowly, or not running at all. We service all brands of laptops/Netbooks/TabletPcs HP, Compaq, Dell, Toshiba, IBM, Lenovo, Gateway, Acer, eMachines, Asus, Panasonic, Sony, Fujitsu, LG.

Here are some of the most common laptop repairs that we perform for customers:

A laptop screen is an integral part of a laptop and people do not realize how fragile they are. It just takes a little tap or a twist to shatter it. Causing problems like lines down the screen to full screen failure. We replace all makes and sizes of laptop screen. They normally can’t be repaired unless it’s a simple case of loose cable.

This is the biggest and most important part of the laptop. Motherboard failure can be caused by many faults but most common is overheating. Despite the name a laptop should not be used on your lap. Nearly all laptops have a fan situated underneath that sucks air in to cool the processor and exhausts out the side. If used on your lap the fan can be blocked by your legs and cause overheating. We recommend a laptop cooler if used on laps. Other faults vary from dropping to moisture. We repair motherboards down to component level if they can be, if not we can source replacements.

A fault we see time and time again is power adapter socket failure. This is caused when the laptop is used plugged in and moved around a lot. The adapter pulls on the plug and makes the socket work loose or even break. Most common symptoms are laptop not charging and failing to turn on. As with motherboards above we can get down to board level and replace the socket. It is always a good idea to get your adapter checked out too.

As the laptop is portable it does get moved around, especially when turned on and this can be a bad idea. The hard drive contains a disk that spins at very high revolutions and if the laptop gets knocked or dropped while turned on then the head that reads the disk can dig in and scratch the surface. This will cause data loss and even stop windows loading at all. We can replace hard drives and clone them to a new one if the damage isn’t too severe. We also provide data recovery for drives that will not load windows.

Keyboard failure is a common problem due to them being made very thin to fit in the laptop. Keys become dislodged and misplaced and some keys stop working altogether. They also succumb to moisture and debris. We can replace single keys or entire keyboards.

It’s not like we use our laptops in the rain but most people like a drink when working or chatting online. It can easily be spilt on the laptop and work its way down to the motherboard. Whilst most liquid gets caught by the keyboard a lot does make it through. When the liquid reaches the motherboard it can either short out electrical contacts or corrode metal parts. The best advice for spilt liquid is to turn off the laptop immediately, turn it upside down and then bring it to us. We can assess how far the liquid has penetrated and what parts are damaged.

As the screen is the only moving part of a laptop it is bound to get some wear. Some older laptops have very poorly designed hinges and end up having lots of play in them. If the play gets too bad then the screen will not stay upright and some of the plastics break. We can replace all laptop hinges and/or plastics.

Smashed base and top plastics

A common problem when the laptop gets bashed or dropped is the plastic shattering. This can leave parts exposed, sharp edges and an entry for unwanted foreign objects. All plastic parts of the laptop can be replaced.

A reboot loop is when the laptop starts, gets to a certain point, crashes, then starts up again automatically. It then gets to the same certain point, crashes and restarts and does this endlessly. This can be caused by several things, 1, a damaged hard drive as described above, 2, a driver failing to load, mainly the graphics driver, 3, corrupt operating system or registry. It can be fixed and without loss of data most of the time. Providing the hard drive isn’t damaged.

The DVD/CD drives on laptops can be quite flimsy at times and due to the lack of space in a laptop it slides out the side on two rails. Due to this design the rails can become bent if knocked or dropped with the draw extended or pushing down too hard when inserting discs. Other problems with drives is liquid ingress as described above, release catch breaking and laser mechanism failing. The unit comes as a whole and can be replaced easily. 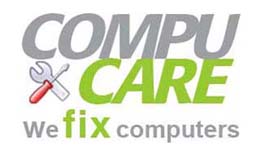 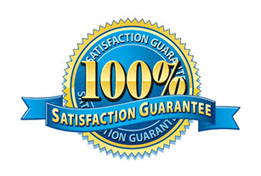 TRADE IN – TRADE UP